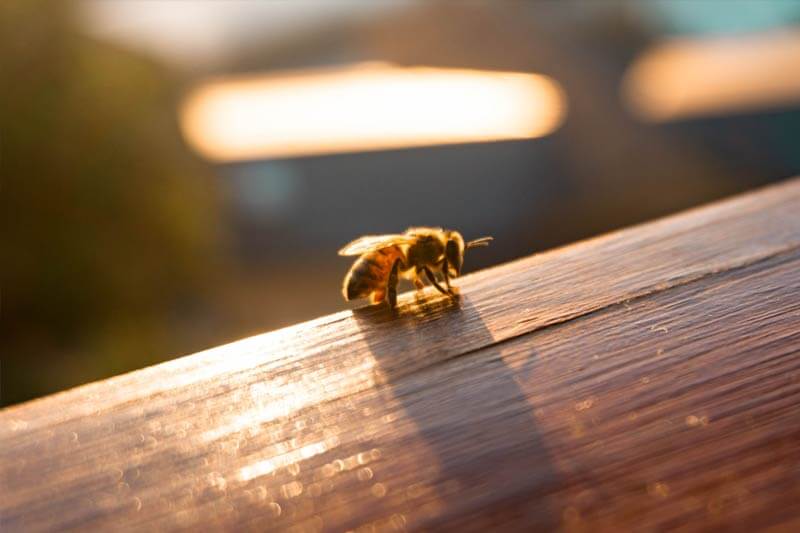 Within two minutes of being stung by a yellow jacket, 34-year-old Brian Baker went into anaphylactic shock. Even though his wife, Mandi, used an epinephrine pen, he passed away five days later. As Mandi said in an interview: “We never imagined it would be this extreme.” Now, she hopes everyone can learn preventative treatment options to stop tragic deaths from bee stings.

The Boston Globe and Allergic Living previously published this story.

Brian knew he had a bee sting allergy. After a previous severe reaction, an allergist diagnosed him and prescribed an epinephrine auto-injector. So, when Brian realized he was stung while doing electric work on his screened-in porch, he called out to his wife for help.

Mandi immediately followed their emergency action plan. She administered the epinephrine and called 911. But by the time the paramedics arrived, Brian already appeared to stop breathing.

“We never imagined it would be this extreme.”

Too Little Too Late

Brian was stabilized and taken to a local hospital. Later, medical staff moved him to a larger medical center, and they learned of his significant brain damage.

Sadly, the family needed to make the difficult decision to remove Brian from life support. He passed away on July 18, 2018. He is one of the 60 people each year who tragically experience anaphylaxis-related death from a bee sting.2

Mandi is now a strong advocate of venom immunotherapy.  Although Brian was tested for his allergies a year prior, the Bakers did not learn about this preventative treatment.

What is Venom Immunotherapy?

Immunotherapy is a series of allergy shots that reduce sensitivity to anything that causes an allergic reaction. Ultimately, it prevents severe allergic reactions. This treatment is accomplished by injecting small doses of the known allergen under the skin. A medical provider administers stinging insect venom to explicitly treat bee sting allergies (and other stinging insect allergies). Venom allergy shots are also called venom immunotherapy.

Venom immunotherapy is up to 98% effective in preventing systemic allergic reactions from bee stings.3

Mandi is now on a mission to inform others about the seriousness of bee sting allergies. She teaches about the efficacy of venom immunotherapy: “Immunotherapy can help. Research and go to an allergist and get answers.”

Educate yourself on bee sting allergies, venom immunotherapy, and the signs of anaphylaxis. It is also a good idea to connect with a local medical provider to determine your risk factor and best treatment plan.

Don’t wait until your next sting.